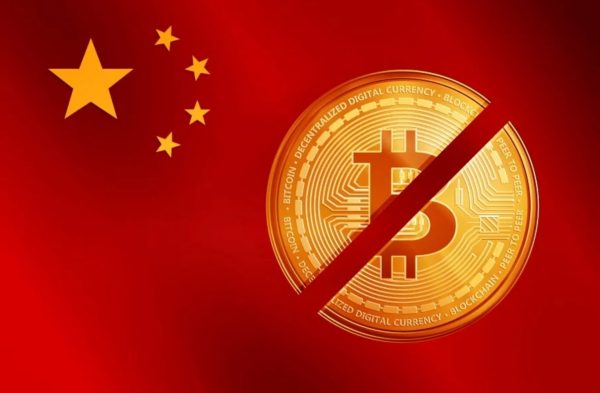 The best known cryptocurrency and also the first developed is the BITCOIN, its creation and launch, or appearance in the world is wrapped in a halo of mystery, from a supposed character, non-existent, who supposedly developed it, in a secret place, because neither is known, everything would indicate that it was made, in my opinion, from analyzing different locations that was launched in London.

The only thing known is what is called the BLOCK GENESIS CREATE, which was launched on the Internet, this was on January 3, 2009 at hs: 18: 15: 05 GMT, Bitcoin, is a powerful FINANCIAL ASSET, ( any document or title issued by companies, banks or government or private institutions), which is being used in different ways, but especially Bitcoin, is DISGUISED as CURRENCY, but it is not, Bitcoin is an Asset. Being used especially to absorb dollars from the system, for money laundering, for drug trafficking and arms trafficking, that is, it is a mainly speculative tool and also used for crime, in addition to being today the main interest of private investors, who They capture the attention of cybernauts, especially young people.

From Bitcoin, the first Cryptocurrency, arises, that more than a new form of money and a new marketing and finance tool, it is the development of a system called BLOCKCHAIN, which is technically a technology based on a chain of blocks with a Public and distributed database in which the transactions that are carried out on the network are safely recorded. The data is verifiable and cannot be tampered with. The BLOCKCHAIN, would be the most important part of this development, which has great potential for the development of data control, in general, whether private or public.

Cryptocurrencies have been developing all over the world, but in China it has been charged, a great boom from the beginning, this caused the Asian country to begin to object to its use since 2013, then in 2017, and precisely, as part of the Eclipse activity Moon of May 26, 2021, the 2nd. Economy of the World, has forbidden the Banks of their country, to operate with Cryptocurrencies in general, but especially with Bitcoin, because, they had been detecting a great leakage of Dollars, through Bitcoin, losing control of the currency, both the United States and the YUAN.

On May 19, China prohibited Banks from operating with Cryptocurrencies, from this announcement, China would stop providing services to mining companies, taking energetic measures against the mining and trading of Bitcoin, to avoid the risk of their use in the social field, according to Peking, this is also justified, among other things, by the high energy consumption that occurs, since energy in China is cheap, with which many companies and banks were installed attracted by the low energy cost , and by the number of potential buyers that the most populous country on Earth has. To get an idea of ​​the annual Energy consumption for cryptocurrency mining in China, equivalent to the annual Energy expenditure of Great Britain.

The announcement has produced a nosedive for cryptocurrencies. The values ​​of assets such as bitcoin, Ethereum or Dogecoin are plummeting at staggering rates.

Important groups have begun to suspend their operations in China, which is a sign of strong danger, since China is the country, responsible for 65% of the production of Bitcoin worldwide, this due to cheap electricity, this generates a Very beneficial margin for miners, who with the new provisions the Chinese state, announced by the State Council in charge of Deputy Prime Minister Liu He, has begun to pursue the mining activity, not selling mining machines or hosting to users.

Large Mining Groups such as BTC.TOP and HashCow, reported that they will no longer be available in Mainland China, and would not enable the opening to new clients.

In simple words, if China handles 65% of the production of Bitcoin, it means that its actions or political measures refer to said cryptocurrency, so its future is not secure, moreover, what was not understood is that it IS NOT A CURRENCY, if not an ASSET !!! Like any other, only that the BITCOIN is DISGUISED as CURRENCY !!!., That is to say, it is an Asset for SPECULAR !!! … which is closely linked to ENERGY, and this is expensive and scarce, it costs to produce energy, and Expectations in «Renewable Energies» are expensive and costly to produce and are also highly unstable as a resource.

Bitcoin and the coming Eclipses

After having read what is written, up supra, I will answer the Bitcoin in

Bitcoin and the coming Eclipses

After having read the writing, up supra, I will answer the Bitcoin in China.

The radix of China

In the China Charter, a population with strong interest in technology is observed, such as the Moon in Aquarius and Uranus in Cancer, planets that are in turn in Quincuncio and mutual reception, which reinforces the interest in technology. In addition to finding the 2 planets in OOB (Out of Bounds = Out of Orbit), which gives it the characteristic of being novel, rare, and from time to time it enters a rebellion, which from the remote origins of China, the people it was subjugated, once by the Imperial Power, and from 1912, by Modern China and then from 1949, by the Totalitarian, Communist Dictatorship. And in the future, when Pluto transits the Moon, there he will enter a true crack, the Great Dragon.

The graph shows the Radix of Bitcoin located in Beijing.

Now, Bitcoin has a complicated aspect of opposition between Saturn / Uranus, which was always attributed to the cycle of Capitalism, and when found in opposition, it is showing the creation of BlockChain, at a point of crisis such as the opposition, walking towards the square, which is precisely what is active in this year 2021-2022, a clear indicator of the problem in which the capitalist system finds itself, showing the change in the directions of the role of the States, the disagreements in relations and the challenges of authority, with society in general.

The Square Saturn / Uranus, defies the rules, the limits, puts a corset on personal freedoms, but also limits all creative expression, especially related to technologies, this time is a challenge for the Democracies of the World, this also shows that the system begins to change from the inside to the outside.

The two Eclipses, the one that occurred on May 26, 2021 and the next one on June 10, 2021, are eclipses that are framed, in the crisis of the world capitalist system, whose latest technological creations are the WWW, and the BlockChain , both tools of massification and control, and both connected to each other, and essential, for the development in this case of the new capitalism, based on technology for the control of people, society, Production / Finance and of course of the countries.

If we relocate the BITCOIN in Peking Capital of China, it is observed that it is the Government that controls the operation, contracts, and commercialization, this by the Sun, ruler of the MC in Capricorn, in house III, in addition to having Jupiter symbol of the Banking and Finance, also in Capricorn and House III.

The Eclipse of May 26 is already active, the Government of China announced the Ban on Bitcoin Banking Operations, we observed this, already in the Eclipse of 2020, which for China fell on the V / XI axis, Gemini / Sagittarius, very symbolic of speculation, financial projects, and mainly domestic and international trade.

The Lunar Eclipse of May 26, 2021, for Peking, has the MC set to the Saturn of Bitcoin, with quadrature of the PM: Mercury / Venus and opposition of Neptune, the Eclipse on Cusp II / VIII of Bitcoin, a clear indicator of the Problem that generated the Prohibition and immediate fall in the value of Bitcoin.

China has come since 2020, affected by the Eclipses that occurred in the Gemini / Sagittarius axis, which affected the Saturn they have in House VIII, limiting them economically, especially of all products related to the earth, especially the production of food, and mineral exploitation.

In another aspect, these Eclipses of 2020, still active, which anticipated the fall in international trade, and the difficulties they still have today, largely due to the Pandemic, eclipses to which the next Eclipses of 2021, and 2022 will be added. .

The current lunar eclipse brings measures that mark the instability of the Government, in relation to the management of trade and industry, in part due to the contraction situation of production, and this limits growth, these measures are added to the limitation of imports, in part due to political problems, in the case of iron imported from Australia, with whom the great island closed access to iron last year, which caused a considerable drop in steel production.

In this 2021, and very especially with the next 19 ° Gemini Eclipse of the Sun, which will partially aspect the Sun and Progressed Saturn of China, it will mean the beginning of a deep crisis, for the Government of Beiging, as well as a serious economic crisis, an issue that is largely not visible since the red dragon, hermetically keeps everything that happens indoors.

The Next Eclipse of the Sun in 19 ° Gemini, will square the Saturn / Uranus of the Bitcoin, causing it a disturbance that will be very critical for the speculators of the technological Asset, for the next 2 years, accompanying in this way the crisis of the Capitalist system represented by Saturn / Uranus.

As China shares a capitalist economic system with the West, under a Communist regime, these years will be very difficult to continue growing, which means that, like the West, China must rationalize consumption, reduce imports, stop consuming coal as a source of energy. energy, because it is highly polluting, with which its energy production has a strong impact on the environment.

China will have to face delicate episodes, which will put the continuity of Xi Jiping at risk.